The writings here reflect the views of some of the prominent teachers and sages of the 20th century and what they had to say on the Individual and its Relationship to the world. The words apparently flow from one to the other of its own accord, as each one speaks to reveal –

When J. Krishnamurti met the then Prime Minister, Jawaharlal Nehru, at his official residence, one of the discussions centred around how the individual was to regenerate himself –

Krishnamurti says, “Understanding of the self only arises in relationship, in watching yourself in relationship to people, ideas, and things; to trees, the earth, and the world around you and within you. Relationship is the mirror in which the self is revealed. Without self-knowledge there is no basis for right thought and action.”

Jawaharlal Nehru asks, “How does one start?”

To which Krishnamurti replies, “Begin where you are. Read every word, every phrase, every paragraph of the mind, as it operates through thought.”

Then, with a sense of weariness, Jawaharlal Nehru asks “What is the common factor amongst all people?”

Krishnamurti replies, “The desire to avoid pain and seek happiness.”

(Quotes are from – J. Krishnamurti: A Biography By Pupul Jayakar)

“The greatest of all happiness, next to divine happiness, is to be at peace with one’s immediate relations, those with whom one must live every day in the year.

Real family happiness has its foundation on the altar of understanding and kind words. It is not necessary to agree on everything in order to show kindness. Calm silence, sincerity, and courteous words, whether one is agreeing or disagreeing with others, mark the person who knows how to behave.”

(How To Love and Be Loved – Paramhansa Yogananda) 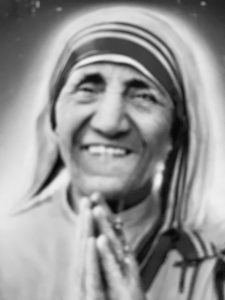 “Find at least one good point in the other person and build from there. In the family, you should thank each other, mentioning the good you have seen others do. In short, an understanding love—a love that sees the good in others— will be our goal

You must open your eyes wide so that you can see the opportunities to give wholeheartedly, free service right where you are, in your family. If you don’t give such service in your family, you will not be able to give it to those outside of your home.

“To find fault with others creates obstacles for everyone all around: for him who criticises, for him who is blamed, as well as for those who listen to the criticism. Whereas, what is said in a spirit of appreciation is fruitful to everybody.

An eternal relationship exists between God and man. But in His play it is sometimes there and sometimes severed, or rather appears to be severed; it is not really so, for the relationship is eternal. Again, seen from another side, there is no such thing as relationship. Someone who came to meet this body, said: “I am a newcomer to you.” He got the reply: “Ever new and ever old indeed!”

(Who Am I? (Nan Yar?) The Teachings of Bhagavan Sri Ramana Maharshi Translation by Dr. T. M. P. MAHADEVAN From the original Tamil)