The Act Of Giving 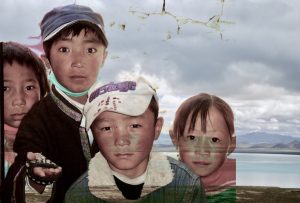 ‘The act of giving’ is a way of life, rooted in the ancient traditions. It stems from basic humanitarian values, inherent in every human being.

In Buddhism, the act of giving is known as ‘Dana’, one of its three central practices. It lays emphasis on one’s attitude or intent when giving. If done with good intention, this results in purifying and transforming the mind of the giver.

Jainism considers the act of giving to be a virtue and a duty. The Jains believe this increases the inflow of positive karma for the (lay) donor. The Jain scriptures describe four types of charity, with ‘the protection of life‘ being its highest form.

Sikhism, explains the act of giving as ‘Vand Chhakna’ (meaning – sharing one’s earnings with others), which is one of the three main duties of the Sikh religion. The Sikhs practise charity and caring for others in the form of selfless service and langar. (Langar is a Sikh tradition of serving a free meal to all, from a community kitchen, irrespective of caste, creed, religion or gender).

‘Tzedakah‘ is a Hebrew term that refers to ‘charitable giving‘ in Judaism. The Torah, the sacred Hebrew texts, describe this as an ethical obligation of justice and righteousness and a way to come closer to God. Judaism also requires that ten percent of one’s yearly income be allotted to righteous deeds or causes.

Islam has two main references for the act of giving – ‘Zakat’, the systematic giving of 2.5% of one’s wealth each year to benefit the poor, and ‘Sadaqa‘, (voluntarily) giving discreetly to those in need, rather than for the purpose of public acknowledgement.

Hinduism refers to giving, as an act of unattached and unconditional generosity.

The ancient Rig Vedic text (10.117) descriptively expresses the act of giving, in the following verses –

The Gods have not ordained hunger to be our death: even to the well-fed man comes death in varied shape,

The riches of the liberal never waste away, while he who will not give finds none to comfort him,

The man with food in store who, when the needy comes in miserable case begging for bread to eat,

Hardens his heart against him, when of old finds not one to comfort him.

Bounteous is he who gives unto the beggar who comes to him in want of food, and the feeble,

Success attends him in the shout of battle. He makes a friend of him in future troubles,

No friend is he who to his friend and comrade who comes imploring food, will offer nothing.

Let the rich satisfy the poor implorer, and bend his eye upon a longer pathway,

Riches come now to one, now to another, and like the wheels of cars are ever rolling,

The foolish man wins food with fruitless labour: that food – I speak the truth – shall be his ruin,

He feeds no trusty friend, no man to love him. All guilt is he who eats with no partaker.

The Mahabharata (13.59) explains the purest form of ‘gifting’ in this conversation between Yudhishthira and Bhishma –

“Yudhishthira said, “Amongst all those gifts that are mentioned in the treatises other than the Vedas, which gift, O chief of Kuru’s race, is the most distinguished in thy opinion? O puissant one, great is the curiosity I feel with respect to this matter. Do thou discourse to me also of that gift which follows the giver into the next world.”

“Bhishma said, “An assurance unto all creatures of love and affection and abstention from every kind of injury, acts of kindness and favour done to a person in distress, gifts of articles made unto one that solicits with thirst and agreeable to the solicitor’s wishes, and whatever gifts are made without the giver’s ever thinking of them as gifts made by him, constitute, O chief of Bharata’s race, the highest and best of gifts.”